Datagate Innovation Ltd has appointed Steve Southon to the role of Chief Operations Officer as the company moves to realise the global growth potential of its cloud portal product. 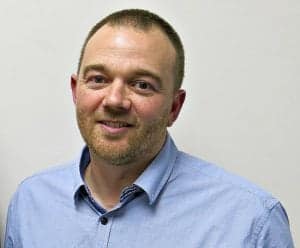 Datagate Innovation Ltd – a member of Enprise Group – is an early-stage cloud software developer. It is building a product called ‘Datagate’ which is a cloud portal for Telco and utility resellers to offer on-line rating, billing and usage analysis to their customers.

Steve Southon is well known to the Enprise team – he previously worked with key team members at both PC Direct and Exonet. Steve ran and grew the Exonet development and operations structures. Exonet is now called MYOB Exo and is the most widely installed business software among mid-sized companies across Australia and New Zealand.  Steve was also Operations Manager for PC Direct as it moved from being a small local assembler to a large manufacturing and service business, winning multiple awards for service quality. Most recently Steve was Chief Operations Officer for Sealegs, a local amphibious boat designer that achieved global sales of more than $16.5 million in the year ended 31 March 2014.

“Of the three companies that make up Enprise Group, Datagate Innovation has perhaps the biggest growth prospects,” he says.

“Datagate is entering the market at an optimum time and has significant global growth potential. Cloud software and mobile computing have reached widespread acceptance and massively-scalable yet relatively low-cost global deployment platforms such as Microsoft Azure have emerged.”

“My primary focus is on operations now that the company’s start-up phase is complete,” he says.

“We must support customers and clients well and gear up for growth. That means concentrating on getting systems, structure and processes right for high levels of customer service. Part of that challenge is having strong operational processes even while teams grow from small to large. When a team is small it’s easy to know what everyone else is doing, but when a team gets big you need robust operational processes built in to the systems you’re using. It means disciplines and planning processes that are robust enough to take Datagate through its next phase of growth.”

Datagate is entering the market at a time when global Telcos and Utility Companies are under increasing price and margin pressure and are seeking to expand their reach through wholesale reseller channels, Mark Loveys says.

“The complexity of Telco and Utility billing is a major barrier for smaller resellers. It’s not economically viable for them to develop their own specialized systems, but standard off-the-shelf accounting systems will not handle this billing complexity and cannot automatically process the Telco & Utility data-feeds. The technology answer is a common Cloud-based solution charged on a subscription (per end-customer) basis, with relatively low up-front costs. This is Datagate,” he says.