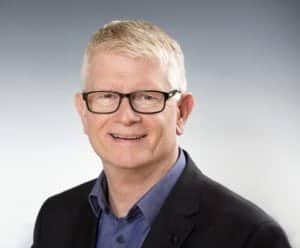 “Enprise Group is known as a New Zealand success story and has a proven track record of building shareholder value for investors in this country.”

Mark Loveys is one of New Zealand’s best known software entrepreneurs. He was the original developer of the Exonet ERP business software solution, now called MYOB EXO. MYOB EXO is the most widely installed business software among mid-sized companies across Australia and New Zealand. Other high profile achievements include the development and sale of the EMS Cortex cloud ‘provisioning’ software, sold to Citrix in February 2011 for a reported $18 million. Loveys was also a co-founder and major shareholder in Datasquirt, an innovative call centre software product sold to Californian call centre provider LiveOps for $16.4 million in November 2011. The cashed up Datasquirt shell became a vehicle for Enprise Group to list on the NSX.

Enprise Group today has three lines of business: Enprise Solutions which sells and supports MYOB EXO across Australia and New Zealand and develops add-on modules; Enprise Software which develops, sells and supports add-on software modules for the SAP Business One business software suite through a worldwide network of resellers; and Datagate Innovation, a cloud software company which develops, sells and supports online reporting and billing portals for telco’s, utility companies and hosted service providers. Datagate is currently selling into New Zealand customers as a testing ground, but its ambitions are global.

Loveys says the business strategy of Enprise Group is to create a platform for profitable growth through acquisitions as well as organic growth in existing business divisions.

Major areas of focus, he says, are on providing business solutions via the Cloud; extending Enprise’s network of branches across Australia and New Zealand; building a strong CRM practice based on Microsoft and MYOB offerings; providing customised online reporting and billing portals for telco’s, utility companies and hosted service providers; and adding mobility, Cloud and big data computing capability to Enprise Software’s own suite of globally marketed SAP Business One based solutions.

The NZX Alternative Market (NZAX) is described by the New Zealand Stock Exchange as ‘the marketplace for small to medium-sized, fast growing businesses seeking a safe and efficient capital raising facility’.

“Datagate is entering the market at an optimum time and has significant global growth potential. Both of our other divisions are profitable and growing. I intend to work to build Enprise Group into a substantial software and services company delivering outstanding shareholder value,” he says.