Previous Next
Datagate gets capital for North American push

New Zealand cloud software start-up Datagate Innovation Limited has raised more than $1m in capital as it gears up to hire salespeople and start selling into the North American market. 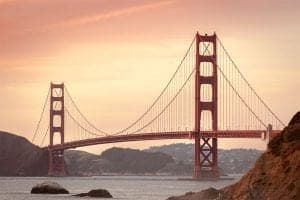 For customers including a network of Spark resellers and one of New Zealand’s largest IT services companies, Datagate’s cloud billing solution provides online billing, reporting and customer self-service for usage-based services.

“We’re enjoying strong support from the investor community. One of our customers has invested $100,000, Government investment vehicle NZVIF $70,000 and angel investment group Enterprise Angels just over $300,000,” he says.

“The beauty of the angel groups is that they bring so much more than money to the table. They offer valuable networks, advice and introductions.”

“As we hire salespeople and prepare to enter the North American market later this year, our investor networks and expertise will assist with customer acquisition and strategic decision making,” Mark Loveys says.

“For example, Arron Patterson – who is Dell EMC Chief Technology Officer for Asia Pacific and Japan, and a start-up investor/mentor for Flying Kiwi Angels – has just joined BankLink founder Malcolm McDonald on the Datagate board. These two investors alone bring enormous market expertise and valuable introductions, and they are just one part of our broader investor network.”

Arron Patterson says Datagate’s value is that it can bill, rate and present virtually any service that is subscription or usage-based.

“Part of my regional CTO role is to evaluate the cloud IT service provider market. One of the persistent challenges for these organisations is the need to carve up a service stream and give it to multiple metered customers. Metered billing continues to be an issue for managed service providers the world over, which is why Datagate has global growth potential,” he says.

An additional 352,328 shares in Datagate Innovation Limited have been issued for $1.20 per share, 20 percent above the share price of the first seed capital round which closed in February 2016.

Formerly a wholly-owned division of NZAX-listed Enprise Group (ENS), in 2015 Datagate was established as a joint venture between Enprise Group and new investors, including the Ice Angels, VIF, Flying Kiwi Angels and Datagate management. First round seed funding of $1.46 million was raised in February 2016 and a separate board established, BankLink founder Malcolm McDonald joined the board as a director and Enprise CEO and co-founder Mark Loveys was appointed CEO.

Datagate provides online billing and reporting solutions for businesses that bill according to subscription or usage.

Datagate opens up new recurring revenue opportunities for Telcos, Utilities, Retailers and Managed Service Providers by allowing them to sell, price and invoice their customers for a wide range of services – including phone, internet, electricity and software – all on a single invoice under their own branding.

Datagate’s friendly and intuitive “white labelled” self-service portal reduces time and cost for both the customer and the service provider. A strong feature is customer self-service where customers can log in to view and analyse consumption data, as well as view and pay invoices online.