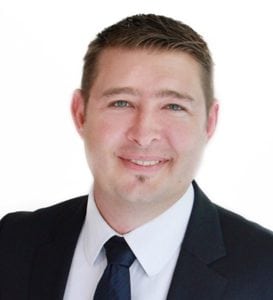 For customers including a network of Spark resellers and one of New Zealand’s largest IT services companies, Datagate’s cloud billing solution provides online billing, reporting and customer self-service for usage-based services.

Arron Patterson joins BankLink founder Malcolm McDonald on the Datagate board. Mr Patterson has also invested in Datagate through investment group Flying Kiwi Angels. In his role as investor, advisor and mentor for Flying Kiwi Angels Patterson routinely sees presentations from six different start-ups and start-up ideas each week. He says Datagate ‘stood out from the pack.’

“I was impressed by CEO Mark Loveys’ track record of creating shareholder value and with the quality of the team around him,” Arron Patterson says.

“Datagate’s product is also pretty mature and it has happy customers. The foundations are in place for the company to grow in scale. Part of my regional CTO role is to evaluate the cloud IT service provider market. One of the persistent challenges for these organisations is the need to carve up a service stream and give it to multiple metered customers. Datagate’s value is that it can bill, rate and present virtually any service that is subscription or usage-based. Metered billing continues to be an issue for managed service providers the world over, which is why Datagate has global growth potential. This is a start-up that has successfully solved a difficult issue for many utility and telco customers. Cloud IT service providers are the next logical target.”

“Arron lives and breathes the large IT service provider market, which is one of Datagate’s biggest market opportunities,” he says.

“These are highly strategic customers because they generate new ‘white label’ opportunities for Datagate within their own reseller and customer communities. This grows annualised revenue. It’s a dynamic that has seen Datagate almost triple customer numbers and contracted annualised revenue in the last twelve months,” Mark Loveys says.

Formerly a wholly-owned division of NZAX-listed Enprise Group (ENS), in 2015 Datagate was established as a joint venture between Enprise Group and new investors, including the Ice Angels, VIF, Flying Kiwi Angels and Datagate management. First round seed funding of $1.46 million was raised and a separate board established, BankLink founder Malcolm McDonald joined the board as a director and Enprise CEO and co-founder Mark Loveys was appointed CEO.

Datagate provides online billing and reporting solutions for businesses that bill according to subscription or usage.

Datagate opens up new recurring revenue opportunities for Telcos, Utilities, Retailers and Managed Service Providers by allowing them to sell, price and invoice their customers for a wide range of services – including phone, internet, electricity and software – all on a single invoice under their own branding.

Datagate’s friendly and intuitive “white labelled” self-service portal reduces time and cost for both the customer and the service provider. A strong feature is customer self-service where customers can log in to view and analyse consumption data, as well as view and pay invoices online.

Datagate director Arron Patterson has regretfully resigned from the Datagate board, effective Friday 10th February 2017, due to the requirements of his employment. Datagate CEO Mark Loveys thanked Arron for his support of Datagate and welcomes his ongoing involvement as an investor through the Flying Kiwi Angels.